The Growing Importance of Cards

The Growing Importance of Cards 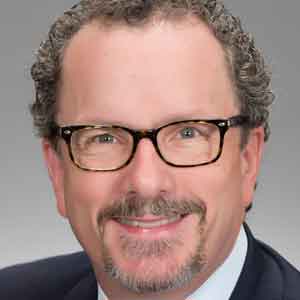 Cards did not come into their own until 70 years ago. Up until that point, they were used for specific purchases such as department stores and gas stations. That all changed in 1950 when the Diners Club card became the first “multi-use” charge card. Though initially intended as a card to facilitate meal purchases, it soon expanded to hotels, airlines, and car rentals. It was such a good idea that it soon spawned imitators like American Express (1958), BankAmericard (1958), and MasterCharge (1966).

Today’s standards antiquated early cards. They were made of cardboard with Amex issuing the first plastic card in 1959. Transactions were processed manually with the traditional “knuckle breaker” card imprint machine. Paper charge slips, aka “chits,” were batched, mailed to the card issuer, and processed on conveyor belts by people. Cardholders would get copies of their charge slips in their statements until the late 1980s.

Cards focused solely on the consumer segment for the better part of 30 years until Amex and Diners Club dipped their toes in the commercial pond and ushered in the commercial card market. The first corporate card programs focused on central travel “ghost” accounts (CTA), which were reconciled by the travel agencies using large reel to reel mag tapes. These CTAs sometimes had thousands of subaccounts to facilitate reconciliation. Plastic Travel cards were also centrally billed to the company as well and were reconciled on mass. As the travel programs gained popularity and size, companies felt the crunch of reconciling large central billed statements and lack of employee engagement whose attitude around reconciliation was “out of sight out of mind.” So they pushed the reconciliation to the cardholders by shifting to individual billing and shifting responsibility. Corporate travel cards were used for standard categories such as air, hotel, car rental, meals, etc.

The early 1990s was a turning point in the commercial card market. Banks entered the market with Visa and MasterCard branded cards. Though thought of as credit cards with revolving balances, these new cards were balanced in full charge cards like their other commercial competitors. These cards offered greater acceptance and utility than the traditional Amex and Diners Club.

The 1990s saw purchasing cards enter the market. Originally developed to eliminate petty cash, purchasing cards quickly migrated to other areas such as Maintenance/Repair/Operations (MRO) and low dollar/low-value transactions. Most organizations follow the 80/20 rule, where 80 percent of their invoice volume accounts for only account for 20 percent of the spend. So, purchasing cards were a great way to eliminate paper, invoices, and purchase orders (PO). Benchmark studies estimate that this can save up to $70 per transaction over a traditional PO process. Reconciliation was very manual at this stage. Where business travelers filled out forms or Excel spreadsheets, purchasing card users were notorious for using envelopes to track expenses and receipts. It was normal for purchasing card users to have an envelope of receipts and a log of all charges on the outside of the envelope. Accounts payable groups would code the statements based upon the receipt submitted from cardholders in these envelopes. Real efficient.

In the early 2000s, virtual cards entered the market. These products expanded the opportunity for a card to fit into the traditional payment stream once dominated by check, ACH, and wire payments. The client’s bank approached suppliers who agreed to accept a card payment through an onboarding campaign. Virtual cards’ key targets are checks where they help to paper check risk and improve working capital through the extended float.

Other than product changes, the most dramatic have been in the way that fraud is managed. Before technology, authorizing cards was a manual process. Merchants would have a floor limit where transactions below this limit could be approved, provided it was a non-expired card, and they checked the Warning Bulletin. This was a book of all the frauded cards that the merchant received each week. The account numbers were in 1-point font and hard to read. If the transaction was above the floor limit, the merchant had to call into a call center for an authorization. Thank goodness they raised the floor limit during the holidays, or there would be a lot of calls into the center. One popular fraud technique at this time was to intercept cards, iron the numbers flat, and then re-emboss the card with new numbers. The “fraudsters” would ensure they stayed below the floor limit not to get caught.

So how have cards really changed? The most noticeable has been around the speed of authorizations and fraud mitigation.  Merchant processors, the entities that allow merchants to accept cards, began offering online authorizations, which was one of the first significant steps into combatting fraud. Visa and MasterCard also added holograms (remember the dove), because re-embossing the cards would mar the hologram. But this became an issue when counterfeit cards from China could not be distinguished from the originals. EMV (Europay MasterCard Visa) or Chip cards first appeared in Europe in 1998, Asia in 2003, Canada in 2012, and finally in the US in 2014. EMV cards were a huge step forward in reducing fraud because unlike magnetic-stripe cards, every time an EMV card is used for payment, the card chip creates a unique transaction code that cannot be used again. Now we have Digital Wallets like Apple Pay, Samsung Pay, and Android Pay. They make these payments even more secure via the creation of a token that looks like your original account number but is used in lieu of it. Al three use Near-Field Communications (NFC) to communicate with the credit card terminal, but Samsung offers Magnetic Secure Transmission (MST) by creating a magnetic field that mimics the swipe of a bank card on a payment terminal. Contactless or “Tap and Go” cards have been popular in Europe and Asia for years but have just gained popularity in the US. Using EMV technology, they provide for an NFC card transaction by simply tapping or placing your card close to the merchant terminal. Because your card is within inches of the terminal, it has the same security as an EMV transaction. Soon you will see contactless transactions move to your smartphone for micro-sellers as “Tap to Phone” gains momentum.

So what does the future hold for payments? With technology gains, the need for an actual card becomes more and more obsolete. Why not pay with your phone or your watch? You can have multiple options on one device which allows for payment choices that fit the purchase. Rewards or extended payment terms? You decide. Will Mega-Apps like Alipay or WeChat consolidate all the services that we want day-to-day? And what will they do to disrupt the more entrenched providers? The winner will most likely be the one that can provide the most seamless and frictionless experience. But who knows how long that will last?

Digital Transformation and technological advancements in a NEO Bank

The Bank's Experience: How a Company's Use of Fintech Can Accelerate...

Fintech solutions for the exploding savings market: How banks can...

Looking to Finance a Tech Startup? Your Timing May Be Just Right