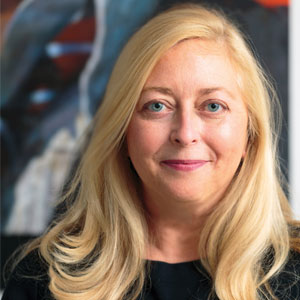 Trish Kennedy, Co-Founder & COO As businesses across all industries strive to adopt the digital trends of today, they are held hostage by legacy applications and technology that has simply not kept up. Applications built on millions of lines of code stand defenseless in the face of ever-growing IT demands. The process of application development (AppDev) on an enterprise level could be called the Holy Grail. IT departments can never quite finish, and in truth many times they are miles away from their goal. In this scenario, the question is: how can companies, in today’s day and age, leverage their existing systems and IT departments, and still be able to transform digitally? The answer is simple: they no longer can—at least not in the traditional sense of IT.

Coming to the rescue is Zudy—a software company that has built the world’s first no-code AppDev platform called Vinyl™, which enables businesses to take full control of their digital transformation. “Most companies today are drowning in IT expenses and coding their way to digital transformation is no longer a viable option,” begins Trish Kennedy, co-founder and COO, Zudy. “Vinyl™ allows customers to build apps without code and they can better leverage small focused IT teams, which is a huge jump from the industry norms.” Just the idea of code-less apps has been frowned upon for decades, with many still considering it to be a unicorn among the currently available IT practices. Well, the wait is over. The future of AppDev is here, and it’s called Vinyl™—short for “the most powerful no-code AppDev platform in the world.”

Founded in 2014 by serial entrepreneur duo, Tom and Trish Kennedy, Zudy is the result of over 35 years of Global Enterprise experience and research, with Vinyl™ being the culmination of it all. The revolutionary platform has evolved as a solutions oasis for both current and future IT challenges.
To a greater extent, Vinyl™ enables companies to build fully integrated, enterprise-grade apps at will, “without the standard delays IT has faced in the past,” as Kennedy puts it. Market studies show that it takes an average of eight months for an IT department to deliver just one minimally viable enterprise-grade app using traditional IT methods, which leaves businesses drowning in application requests. Coupled with the inability to integrate those apps into their existing data sources and enterprise resource planning (ERP) systems such as SAP and Oracle, it is a nightmare for the business.

VinylTM allows customers to build apps without code and they can more highly leverage small focused IT teams, which is a huge jump from the industry norms

Architected for Change Vinyl™ is a completely declarative platform, intelligent enough to understand the inherent needs of business applications. It is light-weight, which means it can run anywhere, without the reliance of large servers in the back end. In fact, the Vinyl™ kernel itself has less than 100,000 lines of code, and the vast majority of Vinyl™ is written in Vinyl™. Its AppDev process is as straightforward as it can be. All the client needs to do is “fill in the blanks” in plain English, using no code, and create entirely functional, web and mobile- friendly apps—it’s that simple. Vinyl’s simplicity is the key to succeeding where 87 percent of the apps fail—building an effective data model, which is the first step of AppDev once you have the basic user requirements. “At the beginning, every application is one data model away from failure, so getting the model right is crucial,” claims Kennedy. 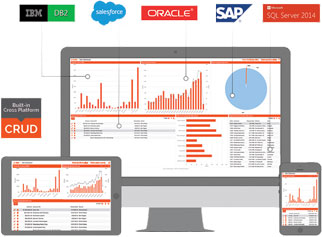 Unfortunately, if a data model is designed incorrectly using traditional IT coding methods, it won’t be noticed until millions of lines of code have been written. Moreover, even when the app finally gets created, clients always demand new changes or additions. In a traditional AppDev process, this could mean months of delay. In contrast, Vinyl™ embraces change and can make those alterations in minutes. Its so-called Iterative Methodology allows your business to add or change any requirement with just a few clicks. “Clients often have a full list of requirements for their groundbreaking app, but the truth is they don’t even know what’s possible,” explains Kennedy. “We have to teach them how to think even bigger and show them that it’s possible to create 50 new apps in less than a year.” Companies like Brooks Brothers, Stericycle, and Trish Kennedy’s all-time favorite team, the New England Patriots; all work loosely with Zudy to digitally transform their businesses. Thanks to Vinyl™, they have all created new markets, aligned with new trends, increased their revenue, and stayed miles ahead of their competition. 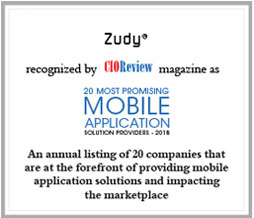 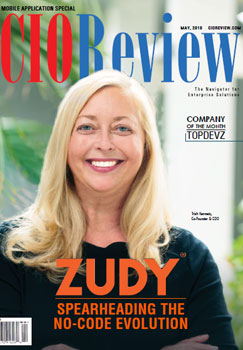