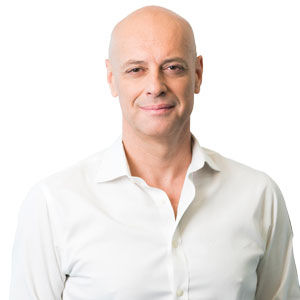 Paulo Rosado, CEO Low-code development is analogous to manufacturing cars in some respects: most of the work previously done by hand is now automated. The machines involved in automation don’t entirely govern the car’s design, but they do accelerate the assembly and delivery processes. Likewise, low-code automates manual tasks that are tedious and time-consuming, thus freeing up organizations’ employees to focus on more important business aspects. Technically, low-code describes a set of tools that help developers quickly and visually build complete applications using a simple, drag-and-drop interface rather than writing thousands of lines of complicated code and syntax. While some low-code development platforms are quite limited and more akin to a visual database front-end, others focus on niche business needs such as business process management (BPM) and customer relationship management (CRM). On the other hand, Atlanta-based OutSystems’ low-code platform provides organizations with everything they need to create modern enterprise mobile and web applications with capabilities that complement their existing team structures.

Not only does OutSystems reduce the development time substantially without compromising anything but it also offers pixel-perfect user experience (UX), secure offline, one-click deployment, seamless integration with any external enterprise system, and more. With OutSystems, organizations can deliver impeccable user experience on any device. The company’s drag-and-drop visual editor makes it easy to design pixel-perfect experiences using pre-built screen templates and patterns. More than a hundred templates and patterns in the OutSystems design library allow brands to customize apps to best fit their business requirements. To further enhance UX, OutSystems empowers clients to review their apps instantly by collecting in-app feedback from stakeholders.

OutSystems also enables organizations to extend applications with their own custom code. Being an open, standards-based platform without any lock-in or proprietary data models and run-time, OutSystems allows for worry-free, future-proof implementations. Furthermore, the company simplifies deployment to a great extent with time-saving features and an ability to test apps instantly on any device.

Organizations can package applications for the app store with a single click, update them automatically over the network, and deploy them both on iOS and Android platforms with a single code base. For deployments of all kinds—whether organization opt for cloud, on-premise, or have higher compliance requirements—OutSystems guarantees topmost security with continuous protection, data encryption, identity management, and comprehensive auditing of activities.

A surge in state and local government agencies adopting OutSystems’ low-code platform validate the company’s ability to build apps faster with robust security and enriched UX. As the transition to digital governments continues to build momentum, OutSystems’ clientele now includes the cities of Las Vegas, Oakland, Shawnee, Worcestershire, Surrey, Devon, as well as the London Borough of Hackney. These cities are using low-code to achieve three top digital objectives: improve the citizen experience, reduce IT debt, and cut operational costs. Software development was often slow in these local governments primarily because of insufficient funding, gridlocks from inflexible disjointed legacy systems, security concerns, and a shortage of modern development skills. OutSystems’ low-code development has proved to be a comprehensive answer to all of these pain points.

Application development with OutSystems, which is up to 10 times faster than traditional coding, has enabled government IT teams to deliver more in spite of their funding constraints. In addition, the visual development environment translates application models into secure code patterns, thus safeguarding citizen data. The effectiveness of OutSystems’ platform can be exemplified by how the company helped the City of Las Vegas develop the Mobile Inspector app in merely three months. The government wanted to build a mobile app for city building inspectors in the field to improve their productivity as well their ability to collaborate even when working in areas with no connectivity. The client chose OutSystems to rapidly develop the front-end application and maximize the value of their restructured ecosystem. Two developers built the app in just three months, saving an estimated three to five months. The Mobile Inspector app has helped reduce inspection times by 25 percent, and the cost of the client’s ongoing enhancement is almost 50 percent less than it was before adopting OutSystems.

The efficacy of OutSystems’ low-code development platform can be further substantiated with the company’s project for the City of Shawnee in Kansas.
With just one application developer in their team, the client had been relying on Lotus Notes to build dozens of apps over the last 20 years. Shawnee’s IT team needed to re-platform their legacy apps while retaining its fast pace of development and simultaneously adding new capabilities, all without increasing the application developer headcount. OutSystems provided everything the client needed straight out of the box, delivering native web as well as mobile app development capabilities and supporting their agile methodology.

Shifting dozens of apps to a new platform and adding new functionality with just one developer isn’t an overnight process. And yet, just after one year, the city already has 30 production apps on the platform. With OutSystems’ assistance, the client now delivers modern mobile experiences to users along with optimizing workflows and building new process efficiencies into the apps. In the case of the city’s new asset management app, OutSystems required just three to five weeks of development time per every new capability that was added.

Time and again, various industry analysts have recognized OutSystems for its exceptional customer service. Recently, the company was named a leader in The Forrester Wave™: Low-Code Development Platforms for AD&D Pros, Q1 2019 and ranked highest in the current offering category. “In this report, we believe that Forrester highlights two major themes we continue to hear from our customers,” says Paulo Rosado, CEO of OutSystems. “First, customers want a feature-rich, low-code platform that can support a tremendously wide range of enterprise use cases. Second, they want a business partner that will accelerate their time-to-value. At OutSystems, we have architected our entire customer experience to help companies successfully adopt low-code application development and deliver real value to their businesses incredibly fast.”

As a company that is driving the low-code industry, OutSystems works with industry analysts to understand the evolving needs of clients and the market in general. The company’s team attends various analyst conferences and trade events to interact with organizations both accustomed and new to low-code. OutSystems is now looking to expand the boundaries of low-code platforms with apps that process device readings and other streaming data using artificial intelligence. With OutSystems, organizations can always develop innovative and necessary products and get to market faster, while enabling integration with complex backend systems.

BOSTON & LISBON, Portugal: OutSystems, provider of the number one platform for low-code application development, announced outsystems.ai, a new program that advances the company’s mission to bring the power of artificial intelligence and machine learning (AL/ML) to software development. The project introduces a new outsystems.ai domain, names a new head of the OutSystems AI/ML group, and launches new and ongoing research into AI-assisted software development.

“Eight months ago, we announced our bold vision for Project Turing,” said OutSystems CEO, Paulo Rosado. “Today’s launch of outsystems.ai moves the needle even further toward reducing the complexity of development and changing enterprise software with exciting new and ongoing research into AI-assisted development.”

Heading up outsystems.ai is Antonio Alegria, an expert in computer engineering and machine learning, and a veteran at designing and building products to leverage AI.

“The outsystems.ai initiative illustrates the commitment OutSystems is making to explore new technologies that improve software development processes,” said Alegria, head of OutSystems AI group. “We look forward to building on Project Turing, which aims to continue the evolution of intuitive development started by the Turing programming language. Humans speaking the language of computers has brought technology a long way, but as machines continue to change and their ubiquity in our daily lives increases, we need to evolve bi-directional communication in a way that is more natural for everyone.”

Alegria’s team at OutSystems has several academic initiatives underway. A partnership with Dr. Ruben Martins, a renowned research scientist at Carnegie Mellon University, is exploring program synthesis, which is the idea that computers can write programs automatically. OutSystems also has other ongoing research projects with researchers at IST and Técnico Lisboa.

Just this month, Gartner identified AI-Driven Development as a Top 10 strategic technology trend for 2019. According to Gartner, “By 2022, at least 40 percent of new application development projects will have AI co-developers on their team.” 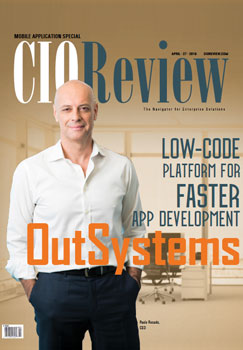